3 Ways to Target Generation Z for Your Marketing Campaigns 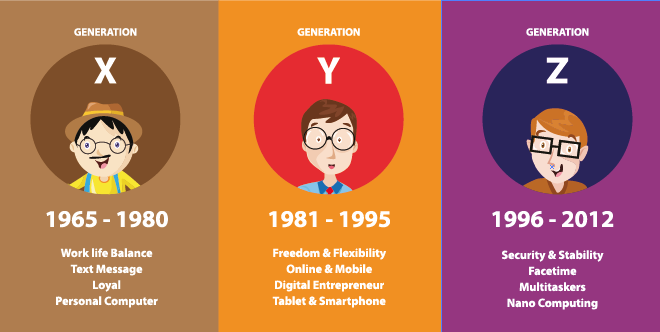 Generation Z is one of the fastest growing consumer groups. By 2020, they will comprise nearly 40% of all consumers. When taking into account family-related spending, this generation currently accounts for $600 billion per year. As the only group with spending power that was born with phones, tablets, and laptops, it is paramount for marketers to hone in on this emerging segment.

No generation has been as digitally plugged in at an early age as Generation Z. 73% of them have access to subscription-based video on demand services, and over 90% of them own a smartphone. Recent studies show that children between ages 5 and 15 spend 15 hours online per week. Interestingly, this generation veers away from Facebook and Instagram, but spends more time on video based platforms - with the majority using YouTube rather than watching TV.

It's important to make the distinction between Millennials and Generation Z. The two groups use technology in drastically different ways, making it key for marketers to discern between the two. With Adblock becoming ubiquitous among Generation Z, marketers will need to come up with more creative solutions. Targeting them optimally is critical to marketing success - they are used to digging through content to reach what they truly want to view.

Over 40% of individuals in this bracket define themselves as being influenced by others, with over 50% of them watching videos on YouTube on a monthly basis. This group discovers brands primarily through celebrity endorsements, influencer vlogs, and brand updates on social media.

The main tactic for targeting Generation Z is through influencer marketing. While celebrity marketing is well established among big brands, this younger generation prefers social media influencers instead, particularly lesser-known micro-influencers, whom they already follow. These influencers are perceived as trustworthy, and provide an excellent means of targeting the ideal audience, since their followers actually want to view their content. Over 60% of Generation Z members state that they prefer seeing social media influencers as opposed to celebrities. Finding the right influencer is critical to the success of a campaign. Smartfluence can help marketers algorithmically optimize their campaigns by picking optimal influencers based on data.

Given the desire for authentic, trustworthy, content, it is important for brands to give influencers as much freedom as they need to create their own content. Many brands fail in influencer marketing by trying to control the content being created , which is evident to the end consumer. Many influencers tend to reject brands that practice this level of micromanaging too.

Partnering with a handful of influencers on a long-term campaign basis, as opposed to just a single post engagement, tends to yield better results. Consumers frequently see marketers' content on the feeds of their favorite micro-influencers, thus keeping the brand on their mind every time they view content. Turning these engagements into stories proves to be the most successful method of partnering with content creators.

Keeping in mind the values of Generation Z, how they interact with content, and how they perceive trustworthiness, will set up your brand for a successful campaign. Using data-driven methods to optimize those campaigns will drive results to the next level.